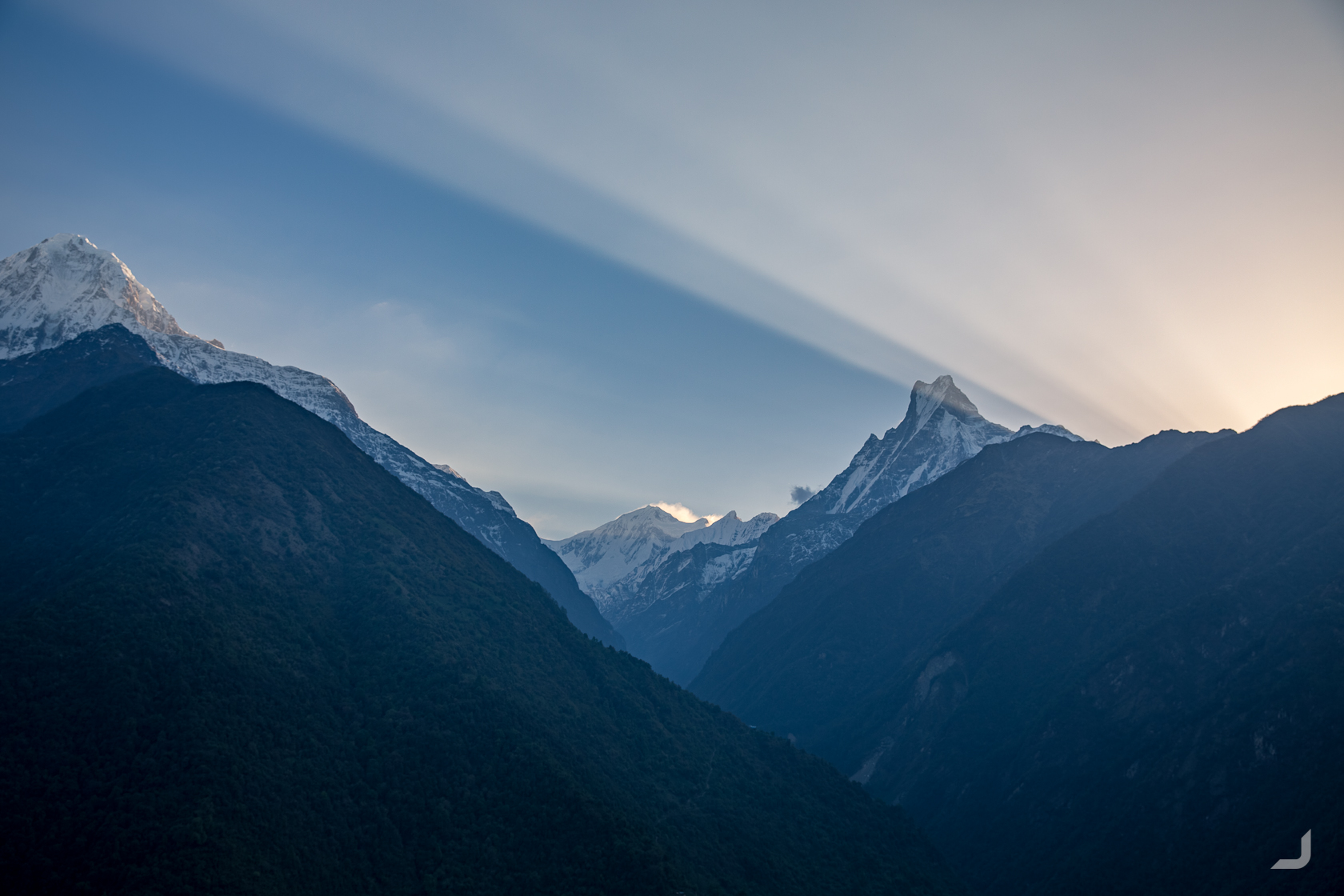 When I saw an old friend, she asked me if I remembered that time when she went to Everest Base Camp with her dancing crew. “I married our guide” she said. “If you ever go to Nepal and you need a guide, let me know”.

I asked my girlfriend at the time about what she thought about going to Nepal. I did not expect that she would say yes immediately (later it turned out that she had no idea where Nepal was or what a hiking trip involves, hence the easy ‘yes’) and I booked the flights to Kathmandu, with a short stop over in Kuala Lumpur in Malaysia.

The view of the Petronas Towers in Kuala Lumpur in Malaysia from below.

The Petronas Towers in Kuala Lumpur, Malaysia, covered in a cloud.

Upon arrival at the airport in Kathmandu, we were greeted by crowds of people trying their very best to carry our bags, sell us hotel stays, tours and taxi rides. I already booked a hotel in advance so all we needed was a ride. But as overwhelming as the crowds were, it was another instant reality check to remind us that a lot of expectations that we have for our own lives are in fact privileges.

Even though the drive to the hotel was about half an hour, there was so much to soak in that it seemed a lot longer. We left in the early next morning to catch the bus to Pokhara, the city closest to the Annapurna circuit. It was a long, bumpy and scary bus ride where one bus passed us even closer than the other. The 200km ride took about 7 hours.

The hotel in Pokhara recommended Supil, a porter to help us with carrying our stuff and to take us around the circuit for $15 a day. We agreed, waited for our permits and commenced on the journey that is the Annapurna Circuit the next day.

The village of Ghandruk, the first village where we stopped to spend the night.

A local villager along the trail.

Looking out over Machhapuchhare or “fish tail” mountain from Chhomrong village. This mountain, with an elevation of 6,999 m, has been barred from climbing due to its sacredness.

We were warned about the dangers of altitude sickness. We heard that it is actually likely to affect younger, fit hikers more than older hikers due to the velocity at which they ascend the mountains.

The alarm would ring at 3am to ascend the last couple of km’s to ABC. I thought, if the headache is still there by then, I’ll have to go down instead of further up.

During the night, all my body wanted to do was drink water and pee. Even though the toilet was outside, the bright moon over the snowy Himalayan peaks was a sight to behold.

When the alarm finally rang, the head ache had luckily subsided and I was able to join the crew to our final stop on our ascend: Annapurna Base Camp.

After we made it to Annapurna Base Camp, we returned along the same path to commence our descend. The sun was rising behind the Machapuchare mountain.

Another image of our descend from ABC with Machapuchare in the background.

Annapurna sticking out above the clouds. Annapurna is a massif that includes one peak over 8,000 metres, thirteen peaks over 7,000 metres, and sixteen more over 6,000 metres.

Further down, snow slowly started to make made room for rivers and vegetation again.

Valleys such as these help to put the incredible size of these mountains in perspective.

A ladybug hidden amongst the plants along the trail.

Young Nepalese porters in a row.

Annapurna and Machhapurchhe mountains at sunrise.

Waking up early to watch the view from Poon hill turned out to be futile as it was all covered in mist. The path back down slightly cleared up when we commenced on our return.

One of the villagers on our trail.

Upon encountering this lady I asked her if I could take a photo. She agreed, but the focus was slightly off as the approach was too fast.

There are no roads through this part of the mountains that are big enough for cars. So most supplies are brought by porters and horses or donkeys like these.

Villagers working with their hands.

Supplies that are carried around by porters are often hung on a large wooden beam that is carried over the shoulder.

Other times, the porter carries the supplies on their backs while strapping a cloth around their foreheads to keep it in place.

A local carries up supplies while a tourist takes a break.

All in all, the trail took us 11 days, including one sick day. Our porterguide, Supil, was an absolute gem and we couldn’t recommend him more. Find his facebook page here https://www.facebook.com/tourist.supil.