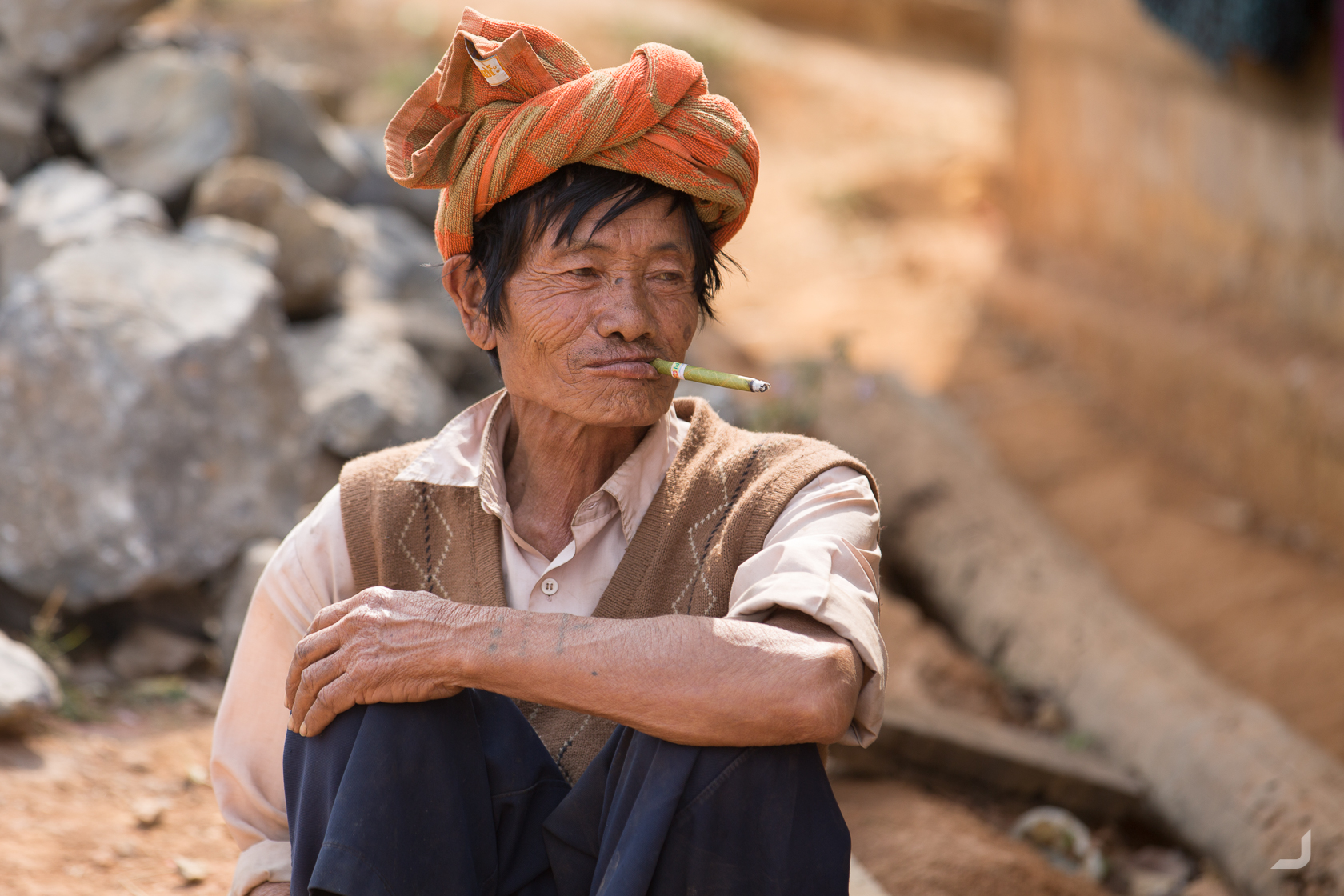 This time things were different. I actually had a job I had to apply leave from so I had a maximum of 4 weeks. My plan was to head to Bali first, stopping at Penang in Malaysia for a couple of days before heading to Myanmar for the rest of the time I had.

From sandy beaches to volcanic mountains, rich cultures and buzzing nightlife, Bali truly has it all.

Looking down at the ocean from the cliffs at Uluwatu on the most South Western tip of Bali.

I told someone on couchsurfing that I had booked a sunrise trek at 2am that night. “I know a much better route” she said. “Ok, go fill up your motorbike, I will leave now and we can do it together” By then it was already 9 pm at night. I left to find a petrol station and around midnight she knocked on my bungalow door. “Hi, nice to meet you. Let’s go to bed we’re leaving in 3 hours”. We both slept in our clothes on other sides of the bed. The alarm rang at 3 am and we embarked on the hour motorbike ride towards the base of mount Batur. It turned out to be a fairly steep 2 hour climb and we arrived just in time before the sun started to rise. Just when I had my camera setup I realised that my battery was about to die, this following image was the last shot I managed to take.

I would’ve sworn I had carried a spare battery with me, but it was no where to be found. Much later a fellow hiker came up to me asking “is this yours?”. He had found my spare battery somewhere along the path and thought it might be mine since I was carrying such a big camera. At last, I was able to continue taking photos for the day.

After walking around the crater, witnessing some eggs being cooked on the hot stones we commenced our descend of Mount Batur. Next, we headed down the Jl. Trunyan road that goes around the Danau Batur lake, towards a tiny village that buries their deceased in open air. Apparently a type of tree removes the smell of the decomposing body. The road was full of persistent hawkers trying to either sell us a boat ride to this burial ground or questioning or presence. Though in the village I was warmly welcomed by a 13 year old lady who wanted to marry me.

Lake Danau Batur with the volcano in the background.

After a successful cooperation with the couchsurfer to mt. Batur, we commenced our next adventure: exploring the island of Nusa Penida on the south east coast of Bali.

I truly wish I had known beforehand that there were not restaurant or accommodation options present (at the time).

The view on Kelingking Beach at Nusa Penida from above.

When my travel companion had stayed on the island 4 years earlier, she similarly hadn’t planned as where to stay the night. Luckily back then, a local family along the way had happened to expressed concern for her and had asked where she was going to sleep. She replied that she hadn’t had a clue and they consequently offered her a bed.

This time around, 4 years later, she hoped that the same family would still be there, would recognise her and would offer her/us a bed once again. In fact, if either of these failed, we wouldn’t have a plan B.

As we arrived at their home near the edge of the cliffs, we could luckily immediately see the lady of the household working in the garden. She recognised my friend and subsequently immediately offered us to stay.

So we had a bed.. and food as well it turned out. We helped them cook corn and rice in an old pot on a fire outside. The next morning we had left overs for breakfast, we thanked them and left money for them in our room.

Months later the wife found me on facebook. She had made a photo of us her profile photo, started adding my friends as her friends and commenced writing comments on near every of my posts in her local language.

We had to make the last ferry back to the mainland and we weren’t even half way the island. We raced through the rest of it and finally made it to the ‘terminal’: a small beach where we were told that we had just missed the last boat.

So, we had to find a private small boat who would bring us to shore. We eventually found one but he only wanted to drop us off at the closest point to Nusa Penida, which happened to be in the middle of no where.

At that point I hadn’t eaten much more than a few cookies and a bit of corn and rice in two days and I literally jumped on the first local food stall that I saw. I ate whatever they had and my tummy, it turned out later, wasn’t very impressed.

After this there were only a few nights left before I would continue to Penang, an island in Malaysia mostly famous for their local cuisine. Unfortunately I spent most of it in the bathroom of my hotel. Following from Penang, I spent a day in Kuala Lumpur where I had just enough time to visit their bird park.

A peacock passing by in the Kuala Lumpur Bird Park.

One of the many yellow billed storks in the Kuala Lumpur Bird Park in Malaysia.

From Kuala Lumpur I had roughly 2 weeks left to visit Myanmar, a country that opened up their borders to the outside world not too long ago. From Yangon, the economical centre, I moved up to Bagan where thousands of Buddhist temples from the 11th to 13th century still stand today.

The view over the Bagan plains. From the 10,000 Buddhist temples. monasteries and pagodas built between the 11th and 13th century, over 2200 survive today. Making it one of the highest density of temples and pagodas in the world.

Not too far from Bagan, about a long hour’s drive, you can find Mount Popa which is an inactive volcano famous mostly for a monastery built on top of one of its volcanic plug’s.

A Buddhist monastery is located on top of a small volcanic hill called Taung Kalat, located nearby mount Popa, an inactive volcano (1518 m). When going up, be prepared to be accompanied by smoking monkeys.

Mandalay is the second largest city after Yangon. It used to be the capital of Burma until it was annexed by the British Empire in 1885.

A small boat called ‘Nghat’ (bird) hides behind a wall of bamboo on the Taungthaman lake near the ancient city of Amarapura.

A U Zinn (monk) crosses the U bein bridge over the Taung Tha Man lake in Mandalay. The bridge is believed to be the oldest and longest Teakwood bridge in the world (1.2km). Monks often walk here to go to the Taung Mingi pagoda on the other side.

Though destroyed by a fire in WWII, the Mandaly Palace was rebuilt (using force labour) in the 1990s. Though the wall photographed here, is still original from 1859. It was from the last kingdom of Burma before it was colonised.

I had heard about Inle Lake, so naturally that would have been my next destination after Mandalay. It was only by coincidence that I read that there is a popular trek from Kalaw to Inle lake while visiting lots of villages along the way. In my hotel in Kalaw I asked which tour company they recommended and Sam’s family was the first that they mentioned. Though I did not clearly hear ‘Sam’s family’ and thought it sounded rather Burmese, it took me a while to ask around and look for signs until it finally clicked that it was in fact English when I saw it written outside their shop. Once inside it looked full with people activity and I decided to do the 3 day trek, we would depart the next morning.

A local woman is carrying handmade sweeping brushes in Kalaw, which were popular during the British regime.

This is a photo taken of the view at our first lunch break (where they served an unforgettable guacamole by the way). It was also the first time I felt I had broken free from cities and traffic and it was time to submerge myself in what the Burmese call the Shan state.

A panoramic view over the Shan state hills in Myanmar.

While going through the villages it literally felt like time had stopped for a hundred years. Learning how simple life is here but so endearing and with care for each other was inspiring.

The wall/window of a house in the Hin Ka Khone village.

A young monk in the Hin Ka Khone.

Inside the Shan state, the Danu people wear a “Gaung Baung”, which used to be a display of rank and made of fine silk or cotton. However, in modern times a towel will do for the regular day to day wear.

A farmer passing by on the trek.

When we arrived in a village called Paw Kae’ of the Pach people, we were immediately invited to join them for tea. Children were playing and eating in near every direction we looked.

The longer we sat there the more villagers heard about the news and started gathering around us. The yellow paste often seen on their faces is called Thanaka, and is made from ground bark. I was told that it is applied to protect their skin from the sun but it can also become fashion statement when it is painted in various shapes.

A child playing on the land in Ya Kaung Tol.

One of the many friendly smiles we received in Ya Kaung Tol.

After a long day of walking, we met these farmers in Puttu Pauk who had just finished their work. We walked together to the same village, where we would stay as well that night. I was merely a visitor amongst these people, the Taung Thu, though not treated as one. We received nothing but smiles and a feeling of acceptance while getting a glimpse of the simplicity and tranquility of the lives that these people live daily, across a backdrop of magnificent beauty.

Traditional Burmese clothing includes a longyi, a roughly 2 m sized clothed that is wrapped around the waste and is worn by both men and women.

Farmers still make widely use of oxen and buffalo’s as draft animals to carry out various tasks on the land.

Inle lake is the second largest lake in Myanmar and provides a livelihood to the local population through fishing, farming and a growing tourism sector.

The Inle Lake is the second largest lake in Myanmar and together with Bagan probably amongst the top must see places in Myanmar. The fishermen on this lake typically stand on the stern with their legs wrapped around the oar to see clearer through the dense reeds and floating plants. Main fish caught is the nga hpein which is a local carp only found on this lake. The lake is under threat by deforestation, overuse of pesticides and climate change.

“Can I take your picture?” “Sure”, she replies with a big smile. Click. “Money!!” The first and only lady who asked for money after a photograph. I gave her 200 kyats, equivalent of about $0.20 AUD. She couldn’t be happier.

The first time I saw him (yes it’s a him), he was talking to a lady behind the reception at my hotel. He distinguished himself with a bright and friendly smile. Later when I walked outisde he was sitting in front of the monastery across the street and the perfect opportunity arose to take a photo. He was very friendly and immediately granted permission.